Oppy freshens up product line in time for Fresh Week 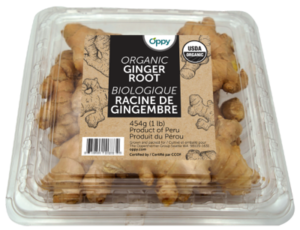 As the industry anticipates the return and revitalization of Canada’s primary produce event in its new form, leading grower, marketer and distributor of fresh produce Oppy adds Canadian category development to the role of one of its most valued veterans.

Quon’s focus is to identify opportunities specific to the Canadian market. While some import produce items are not allowed into the U.S., they may pose a significant opportunity for Canada.

“Although we are a global company, regulations apply to certain items that impact our business. While we may not be able to bring them to the U.S. market, our acute focus on Canada holds a lot of exciting connection points,” he said.

Quon has teamed up with Oppy South Africa based grower relations expert Sila Louw, who brings deep local knowledge of various key categories and international operations, as well as Oppy’s Mexican sourcing strategist Sergio Ruiz and Peruvian partner Agroretail to help scan the landscape. Currently looking at countries of origin such as India, Australia and Morocco along with varieties from grapes, citrus and stone fruit, Oppy stands to reframe its Canadian product offerings in the near future.

Looking toward Canadian Produce Marketing Association’s Fresh Week, Quon anticipates more interaction and new relationships that may not have happened in the usual trade show setting. “I find our team is much more accessible through these virtual portals than busy show days with back-to-back meetings. It allows for more opportunities to connect because anybody can pop in. CPMA does such a great job at bringing everyone together during the convention, I’m really looking forward to this forum,” he said. Of course, like many, Quon anticipates the day he can see colleagues in-person when it’s safe to do so.

Having developed a strong organic Peruvian ginger program in the U.S. recently and expansion plans into Canada on the horizon, Oppy plans to feature it in the CPMA new product showcase. Visit Oppy’s showcase during Fresh Week for a complimentary gift and stop by the virtual booth to meet with the team.