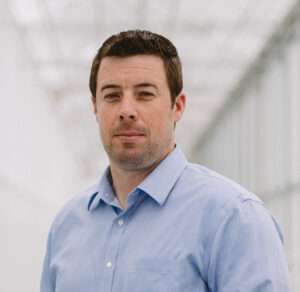 One of the industry’s most progressive greenhouse growers has named a new chief executive.

“We’re intent on driving operational excellence and building a strong company culture,” said Krahn, who is one of the four siblings who manage the pepper, tomato and cucumber greenhouse company with facilities in both the U.S. and Canada. “A fresh approach to our leadership enables us to continue executing on what we do well, and embrace opportunities to grow.”

Krahn’s experience in the greenhouse began “from the ground up,” starting young and learning in the ins and outs of growing in the family operation in BC. Taking on responsibilities of increasing scale and scope over the last quarter century, Krahn learned—and ultimately led—virtually every aspect of the greenhouse production and marketing process, preparing him uniquely for the CEO role.

SunSelect currently produces on 70 acres in BC and 64 acres in California. During Krahn’s tenure, the company has set itself apart in many ways, focusing its innovative energies on sustainability and high quality.

A pioneer in green carbon capture, SunSelect recycles CO2 to feed the plants in its Canadian greenhouses, repurposing emissions that would otherwise enter the atmosphere. Meanwhile, sustainable measures are used in a spectrum of other growing practices, resulting in high quality peppers, cucumbers and tomatoes produced with the planet in mind first.
SunSelect sweet bell peppers, tomatoes-on-the-vine and specialty tomatoes are available exclusively from Oppy, with whom the greenhouse grower has an enduring partnership.

“We’re pleased to see Len take the reins at SunSelect,” said John Anderson, Oppy’s chairman, president and CEO. “He has a proven track record of strong and thoughtful leadership alongside his practical expertise of all facets of their operation. We are looking forward to building our business with this excellent grower through Len’s innovative management style and a strong go-to-market collaboration.”