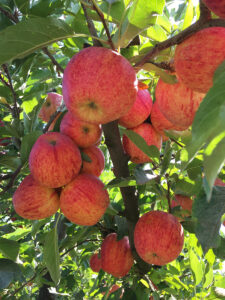 First up are organic Royal Galas from Argentina, welcoming spring with their refreshingly sweet crunch and building in available volume as fruit from Chile arrives in the weeks ahead. Granny Smiths and Red Delicious are next, followed by New Zealand Royal Galas, Fujis and Braeburns in May, and JAZZ™ and Pacific Rose™ in June—when Cripps Pinks and Fujis from Argentina and Chile will also arrive.

“We’ve had a great response to the new crop, which is following the demand curve for high quality organic apples,” said Chris Ford, organic category manager at Oppy. “We have premium sizes available, providing a favorable alternative to the smaller size domestic apples coming out of controlled atmosphere now.”

“We appreciate the opportunity to present import fruit produced by organic growers who are just as intent on delivering the highest quality eating experience as our domestic growers do,” he said.

In addition to bulk fruit, Oppy is offering apples from Chile and Argentina into two-pound and three-pound Oppy organic branded bags for the first time this season.

“Oppy’s organic programs are growing as a whole, so we’ve developed packaging with a cohesive look,” Ford said. “Our new packs make it easy for shoppers to recognize that the fruit inside is organic by sporting the widely recognized yellow tone associated with organics as well as the USDA Organic logo, while calling out the variety each pack contains.”

“We believe there’s a great opportunity for retailers to build their pear category by offering high quality import organics,” Ford said. “Our program is well timed, as domestic stocks of popular varieties are winding down or have finished. We’re focused on familiar pears that drive the category, including Bosc, D’anjou and several types of Bartletts.”