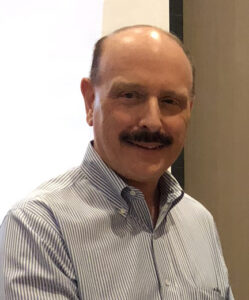 Calvin Tribiano, a veteran Oppy sales executive, passed away on May 6 following a brief illness. He was 71.

Tribiano joined Oppy’s East Coast sales team in 1988. In the subsequent decades, he carved out a legendary sales career with the leading grower, marketer and distributor of fresh produce, building the market for Oppy products while serving as a trusted mentor to many within the organization.

Tribiano was born on December 25, 1949 in Brooklyn, New York. He studied business administration at Wagner College, graduating in 1972 before embarking on his career in produce.

“Cal loved the produce life and lived it to its fullest,” said John Anderson, Oppy chairman, CEO and managing partner. “He will be greatly missed for his professionalism, incredible passion for the business and especially his investment in the development of others.”

Tribiano will be remembered as a profoundly talented sales person who understood the intricacies of the fresh produce business like few others do. Preferring to stay behind the scenes while elevating others, Tribiano’s legacy lives on in the generations of Oppy sales people to whom he taught his craft. While always mentoring others, Tribiano also thrived on the daily interactions with customers.

“Cal loved his customers and moved mountains to do what was best for them,” said Oppy Sales Manager and Category Director Bill Poulos, who worked alongside Tribiano for more than 30 years. “He set a great example for all of us. That Cal often led the company in annual sales results was really no surprise considering his skill and his hard work, but mostly because he cared so much about the people he was selling to.”

Even on the last day of his life, Tribiano reached out to an Oppy colleague to make sure a customer’s upcoming ad was covered.

While serious about business, he is also remembered for his sense of fun and the positive energy he injected into everyday life at Oppy.

“Cal had a way of making the day a little better for everyone around him — be that customers on the phone or someone sitting at the desk next to him,” said Brett Libke, senior vice president of sales. “He knew how to lighten the mood with humor or a little mischief, or just in the way he said hello like he was really happy to see you. We relied on him to stir the pot from time to time when there was an opportunity, and he was great at it. He had a really infectious laugh and it was hard not to laugh with him.

“Cal was a legend at Oppy,” Libke said. “We will miss him terribly and send our heartfelt condolences to his family.”