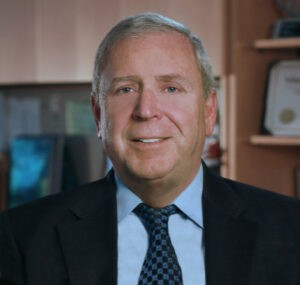 Adding to an impressive list of accolades, Oppy’s top executive John Anderson has been named to the elite roll of Canada’s Most Admired CEOs of 2017.

Anderson was specifically selected for fostering a culture at Oppy that enhances performance and sustains a competitive advantage. As well, during Anderson’s nearly quarter century at the company’s helm, Oppy has grown to close to $1 billion and achieved, with very few exceptions, year-upon-year record earnings.

Anderson credits the company’s success to the combination of its collaborative strategic planning process and Oppy’s expect the world from us promise, which he introduced about 15 years ago.

“It’s exciting and humbling to be recognized in this way,” Anderson said. “Good leadership takes strategy—and stamina! But both our culture and our bottom line are consistently strengthened by a committed team that knows how to execute on the brand promise and works diligently each day toward clear goals. Together we’ve transformed Oppy into a high-performing, successful enterprise.”

As a result, Oppy—whose rich traditions and values have been preserved by Anderson as he progressed the company forward during his 43-year tenure—celebrates its 160th anniversary in 2018.

Oppy itself was recognized as having one of Canada’s Most Admired™ Corporate Cultures last year. Anderson, meanwhile, has achieved numerous noteworthy honors, including most recently the 2014 Lifetime Achievement Award from the Chile America Chamber of Commerce; 2014 Business in Vancouver BC CEO Award; 2014 Acquisitions International Business Excellence Award, and 2015 Ernst and Young Entrepreneur of the Year Award for Canada’s Pacific Region, among many others.

“At Waterstone we believe corporate culture drives performance and that it’s your organization’s greatest asset,” said Marty Parker, president and chief executive officer of Waterstone Human Capital and chair of Canada’s Most Admired™ CEOs. “What’s remarkable about our honorees is their commitment to culture as a competitive advantage. They truly set the benchmark for cultivating, and sustaining, great cultures that ultimately drive their growth and power the performance of their teams. They are leaders to be admired for the diverse and impactful ways they make sure culture underpins all that makes them successful.”