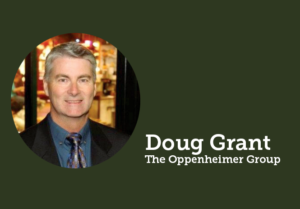 The discovery of E. coli on romaine lettuce grown in California a few weeks ago took over the headlines leading up to the U.S. Thanksgiving, causing the leafy vegetable to disappear from stockrooms, store shelves and crisper drawers while the Center for Disease Control (CDC) sought the source of the issue.

This outbreak is one of an increasingly frequent series of food safety incidents that plagued our industry in 2018. Determined to help reduce and ultimately alleviate future issues is the Center for Produce Safety (CPS), led by Doug Grant and colleagues in the fresh produce community. The CPS funds research projects that guide adjustments to growing and post-harvest practices to reduce risk of exposure to contamination and other concerns and works with several trade associations to develop education sessions on food safety.

Recently, Doug has begun writing a series of articles for The Packer newspaper, sharing research results and testimonials illustrating how changes based on science can reduce the vulnerability of fresh produce to food safety concerns.

Doug’s first two columns can be read here and here.

Be on the lookout for future articles. Many thanks to Doug and the many others at Oppy who keep food safety at the forefront.