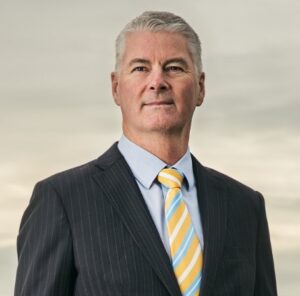 After holding executive responsibility for over half of Oppy’s departments the last few years, Doug Grant will say farewell on July 31 to the leading grower, marketer and distributor of fresh produce he’s called home since 1995.

“Doug is one of the most influential people to have walked through Oppy’s doors. The world-class technology system that we have today is because of him and his team,” said Chairman, CEO and Managing Partner John Anderson. “Beyond Oppy, Doug has been a dedicated leader in the industry, contributing his expertise on critical subjects in produce.”

Grant has authored numerous white papers covering e-commerce, traceability and GS1 Databar, as well as articles for The Center for Produce Safety — where he sits on the executive committee — sharing the latest scientific research and best practices. He has participated on 15 industry committees since 2003, the first being PMA’s EDI/E-commerce committee which he chaired through the process of developing the industry’s first standard EDI (Electronic Data Interchange) documents.

“His contribution to industry efficiencies, which are the backbone of the fresh produce supply chain, will be a lasting legacy of Doug’s career. His calm demeanor and expertise helped move along files when it seemed a solution was almost impossible. He will be greatly missed around industry tables,” said CPMA’s Vice President of Policy and Issue Management Jane Proctor.

In recent years, Grant spearheaded a unique adopt-a-highway program in Peru which removes waste pileups beside major highways by engaging with citizens, local partners and authorities. Improving social and environmental conditions across the supply chain for a dozen of Oppy’s partners, Grant’s model will serve as a blueprint for similar initiatives going into the future, making a lasting impact on the lives of many.

Grant received the Canadian Marketing Association’s Produce Man of the Year award in 2003 and was featured among The Packer’s “Packer 25” of industry leaders in 2012. Last year he was named by Produce Business as one of the industry’s 35 Vanguard leaders.

Stepping up to the plate is Oppy’s robust executive team with Vice President of Operations Steve Roosdahl taking on Doug’s top-line responsibilities within operations, transportation and supply chain, Vice President of South American Operations Eric Coty has now taken over the region completely and IT is reporting directly to Executive Vice President and CFO Kiran Rao.

“On behalf of Jo-Anne and I, and everyone at Oppy, we thank Doug for all he has done and wish him and Sherry a long, happy and healthy retirement,” Anderson applauded.